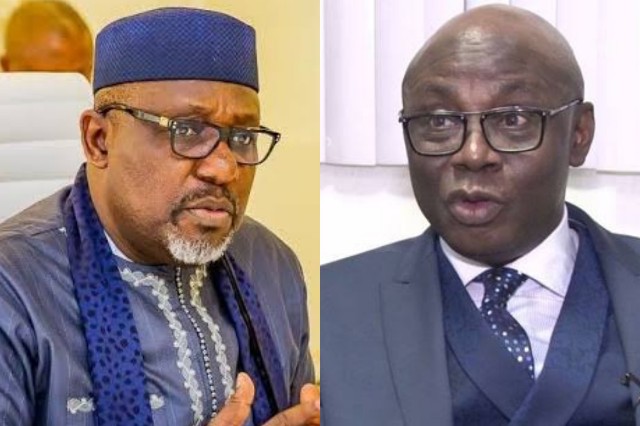 Former Imo Governor Rochas Okorocha has dismissed claims by Pastor Tunde Bakare that Igbo people are under a curse as false.

Okorocha insisted that contrary to Bakare’s notion, the Igbo remain the most blessed and resourceful people in the country.

The General Overseer of Citadel Global Community Church, formerly known as Latter Rain Assembly, Bakare, had in a video insisted he needed to break the curse Tafawa Balewa placed on Igbo people before he died so the Igbos can rule like every other tribe in the country.

He said Balewa cursed the Igbo people the day he was killed, stressing that it will be difficult for the South-east to access the presidency like any other Nigerian until the curse is revoked.

However Okorocha stressed the Igbo people have enjoyed a cordial relationship with the Hausa people, noting it was wrong to say that a people who have the best brains around are cursed.

“That’s why when I listened to Pastor Tunde Bakare mention that the Igbo were cursed in the course of preaching, I think that was an overstatement and an unwarranted preaching.

The Imo West Senator admitted although the way Igbo people play politics may be faulted, it was inappropriate to say that they are under a curse.

“Probably, you might say they don’t play the politics the way it’s played in Nigeria. They might not be good politicians, but definitely they’re not cursed and the relationship between the Igbos and the north has been more cordial than anything else.

“They have enjoyed a wonderful relationship with the north. If not for that abridgement of the first democratic administration, all these issues of zoning wouldn’t have been counting. If Shehu Shagari had finished successfully, an Igbo man was supposed to be president at that time.

“So, I want us to realise that Igbos are a great asset in this nation, they are not the problem. But that is not to say that their style of politics is actually the best because Igbos must learn to reach out and reach out to other ethnic groups. And they don’t understand them, because they’re highly misunderstood,” the lawmaker explained.

Okorocha stated that Nigeria’s challenge is how to make the best use of “the greatest asset of God to mankind” the youths but said that the country has not been able to harness the potential of its young people.

“The youth must be given opportunity and kept busy. As long as the youths are not busy, the society is in trouble for it. I think the youths of Nigeria have been very, very patient with the entire nation.

Israel described the South-east as arguably the most enterprising region, saying that the Igbo man can go anywhere and survive economically as well as create business opportunities.

“As a matter of fact, one of the things I teach young people is the Igbo model of enterprise. They go in there, they find a young person, they mentor, empower them on establishing a business, and I think that is very commendable,” he stated.

He stressed that although the region also happens to be the region that has hardly voted for the APC in a long time, the party will not just have 25 per cent in the 36 States of the Federation but win in Igbo land.

NSCDC Recovers Over 100,000 Litres Of Illegally Refined Diesel In Rivers